Showing posts from January, 2014
Show all

January 31, 2014
The Murphy-West Family, who created the successful site "We Are the 15 Percent" (designed to reflect the changing face of the American family) which grew out of the firestorm Cheerios created when it depicted an interracial couple in one of its commercials, recently collaborated with Cheerios on a video about their family.
Post a Comment
Read more

January 30, 2014
One of our members has been searching far and wide for Cookie Dough Oreo and ran across this article. She forwarded the piece to her teen who has been requesting the hard to find cookie, to no avail. The teen still wants the, what might not be so tasty, treat. After reading this review, we're wondering if it was pulled from the shelves for a little remix. What Was Oreo Thinking With Its Awful New Cookie Dough Flavor? http://t.co/eWfIpBspia via @BI_RetailNews — ConversationCircle (@ConversationCir) January 30, 2014
Post a Comment
Read more

January 30, 2014
Directed by Academy Award-winning filmmaker Freida Mock , the film debuted at the Sundance Film Festival. This film will undoubtedly renew the debate, but will it reveal information that the senate judicial committee may have had that was not released to the public.
Post a Comment
Read more 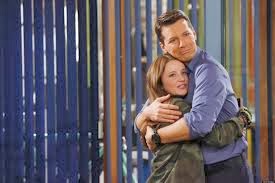 It seems the lifeline NBC's "Sean Saves the World" was thrown back in October has been removed.  The comedy has been struggling with low ratings and after airing 12 of 14 shows that were shot, the show has been cancelled and production has been stopped.  Related:  The five shows most likely to be axed | Media Life Magazine  NBC's 'Sean Saves The World' Cancelled http://t.co/Zd08K2yxtV via @deadline — ConversationCircle (@ConversationCir) January 29, 2014
Post a Comment
Read more 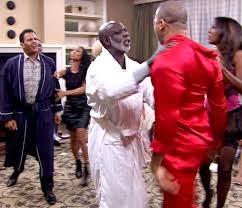 While some in the Conversation Circle did watch "RHOA" "Pillow Talk" episode Sunday night (Did NeNe Leakes get a writing credit for that segment?), those who did watch were torn between placing blame and feeling the episode was contrived. Some members are ardent fans, but are getting the feeling the show is headed for an ugly ending. Here's what Peter Thomas ,   who was involved in 'the fight', had to say in  S2S Magazine.com Peter Thomas talks ‘RHOA’ fight, what viewers didn’t see | S2SMagazine.com
Post a Comment
Read more 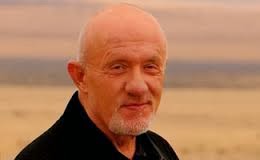 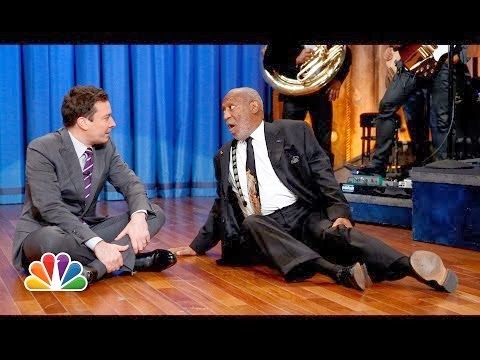 Bill Cosby is returning to NBC where his landmark family comedy The Cosby Show  aired some three decades ago. In this new comedy  Cosby will play the "patriarch of a multi-generational family." The half-hour family comedy is being produced by Tom Werner , who also produced The Cosby Show.  A recent appearance on Late Night with Jimmy Fallon proved Cosby, who was funny and spot-on, still has what it takes to make us laugh. Let's hope lightening strikes twice. Related :  Bill Cosby on Late Night With Jimmy Fallon
Post a Comment
Read more

Spring 2014 Couture at The Cut 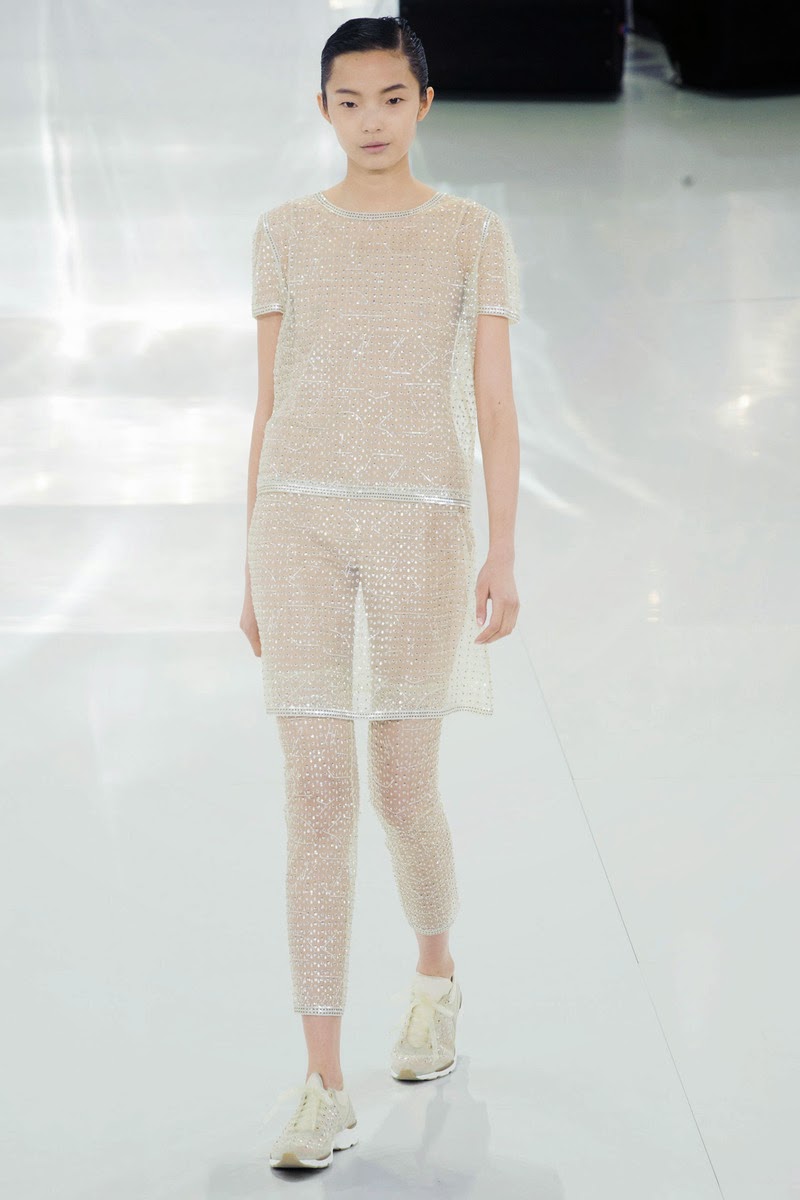 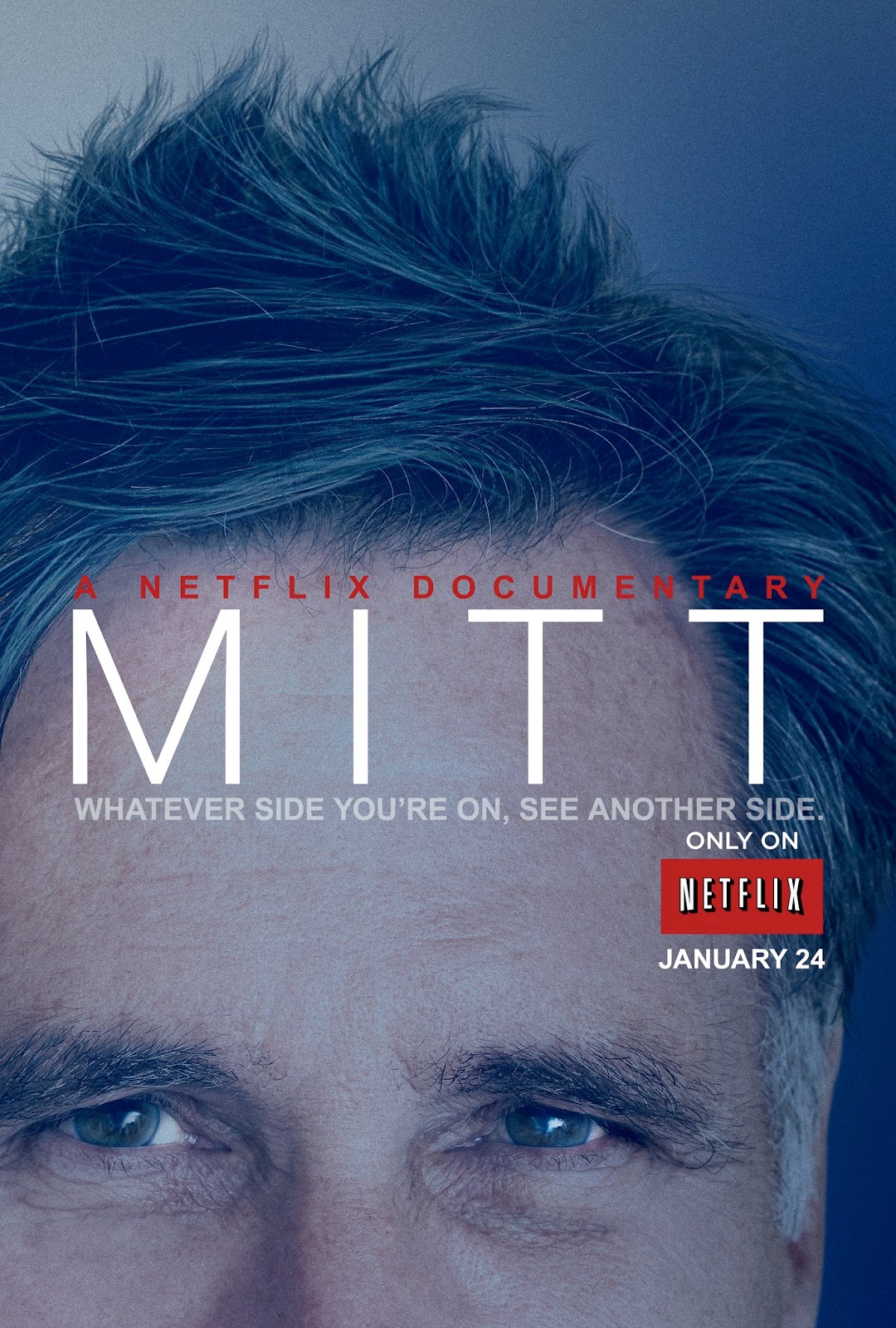 Netflix's original documentary “ Mitt ” , which made its feature debut at the 2014 Sundance Film Festival, follows Mitt Romney’s presidential aspirations beginning Christmas 2006 to his initial run to become the Republican nominee in 2008, then through his Presidential concession speech in 2012.  Director Greg Whiteley (“New York Doll,” “Resolved”) was g iven unprecedented access by Romney and his family. Whiteley travels alongside the Romney campaign through interactions  with potential voters , preparations for the debates, personal moments with his family and concludes with the election night results.   Seth Gordon (“Undefeated,” “The King of Kong”) is executive producer.     " Mitt " will premiere exclusively on Netflix at 11:00 AM PST on Friday, January 24.
Post a Comment
Read more 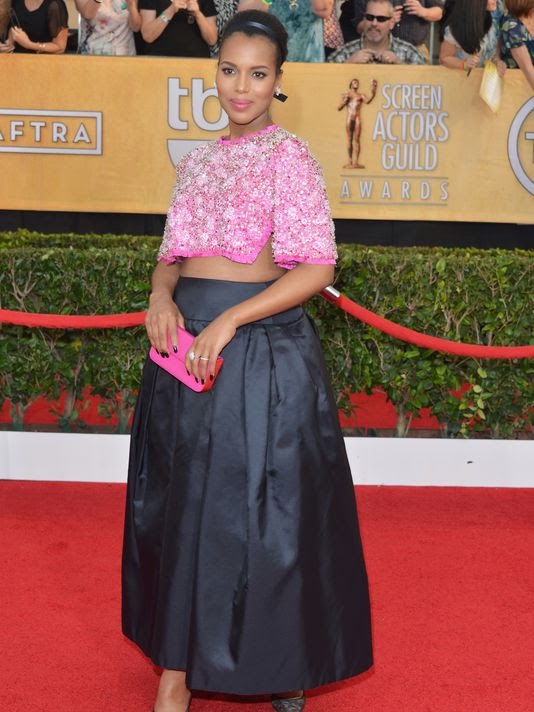 Kerry Washington , star of the hit show Scandal , appeared at the SAG Awards 2014 wearing a crop top. We think she pulled it off! What do you think? Only Kerry Washington Can Wear A Crop Top While Pregnant And Look This Classy (PHOTOS) http://t.co/dsGfPzKMEu via @BlackVoices — ConversationCircle (@ConversationCir) January 19, 2014
Post a Comment
Read more

Eve to Television for Interracial Comedy 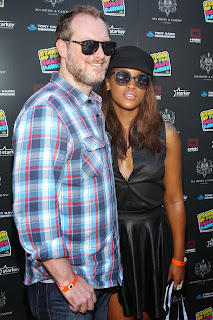 Rapper and Grammy Award winner  Eve  is developing what some are calling a semi-autobiographical romantic comedy about interracial relationships for ABC . Eve, whose   real name is  ( Eve   Jeffers ), will serve as a non writing executive producer on the show being produced by Kaplan Entertainment .   Eve , who has been criticized by some in the black community for her relationship with British designer Maximillion Cooper , seems to be taking the issue head-on, albeit with humor. Bravo Eve! Related :  Eve Still Shocked By Hatred Eve To Topline Interracial Romantic Comedy For ABC Produced By Aaron Kaplan - http://t.co/gxqfhnHiDt via @deadline — ConversationCircle (@ConversationCir) January 15, 2014
Post a Comment
Read more

January 14, 2014
Armond White, who seemed to be behind the heckling of "12 Years a Slave" director Steve Mc Queen, has been expelled. At the very least the NYFCC should ask that their members provide a sense of dignity and decorum at their award banquets. Related:  Steve McQueen Heckled at star-studded NYFCC Dinner Armond White's New York Film Critics Circle Membership Pulled http://t.co/cZKDncLeOb via @BlackVoices — ConversationCircle (@ConversationCir) January 14, 2014
Post a Comment
Read more

Fox Opting Out of Pilot Season 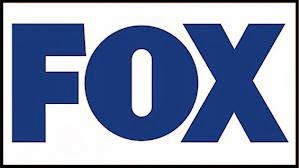 Fox Broadcast Network may be opting out of television's "traditional" pilot season, but is it really based on quality or cost? Fox Opts Out of Network TV's Traditional Pilot Season http://t.co/55ds15xh9V — ConversationCircle (@ConversationCir) January 14, 2014
Post a Comment
Read more 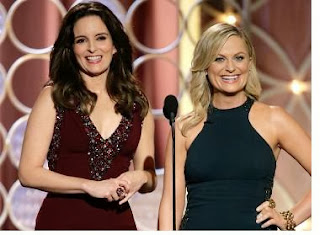 Perhaps the Golden Globe  producers should thank what appears to be the golden girls,  Tina Fey and Amy Poehler , for the show's surge in the ratings. There's no doubt Fey and Poehler are making the Golden Globes a must-see event. The 2014 show racked up an average of 20.9 million viewers according to Nielsen, which is their best draw since 2004, and increased viewership by 6 percent over the 2013 broadcast. There's no doubt Fey and Poehler are funny and have an undeniable chemistry that's golden.
Post a Comment
Read more

Congratulations to David O . Russell ! It seems "American Hustle" based on, Abscam, an FBI sting operation that ran in the late 1970s and early 80s could not have been released at a more appropriate time.  We're looking forward to Russell's next film. Related:  David O. Russell has his hand on the American Pulse Golden Globes 2014: David O. Russell notes 'Hustle' not improvised http://t.co/x7SDryaJeo — ConversationCircle (@ConversationCir) January 14, 2014
Post a Comment
Read more

Yesterday we read a piece on Deadline.Com's website that got the Conversation Circle talking. ( See Tweet below .) We're trying not to make this a rant, but the Conversation Circle has been down on the NBC/MSNBC brand for a while.  We'll start with the Today show and the Ann Curry debacle. It was a total turnoff we haven't recovered from. We were insulted that the Today show producers would have its viewers believe Matt Lauer had nothing to do with Curry being "let go." Maybe Lauer didn't, but as we all know perception is everything. Now we have this CRAZY new tagline line "Rise to Shine". What does that mean? We know the saying, "Rise and Shine" but what does "Rise to Shine" mean? Perhaps it's a new updated version of the old saying that we don't know about. Weird.  Anyway, onto Meet the Press, we've been gunning for MTP for several years now. We thought it was just us, but it's nice to see our perce
Post a Comment
Read more 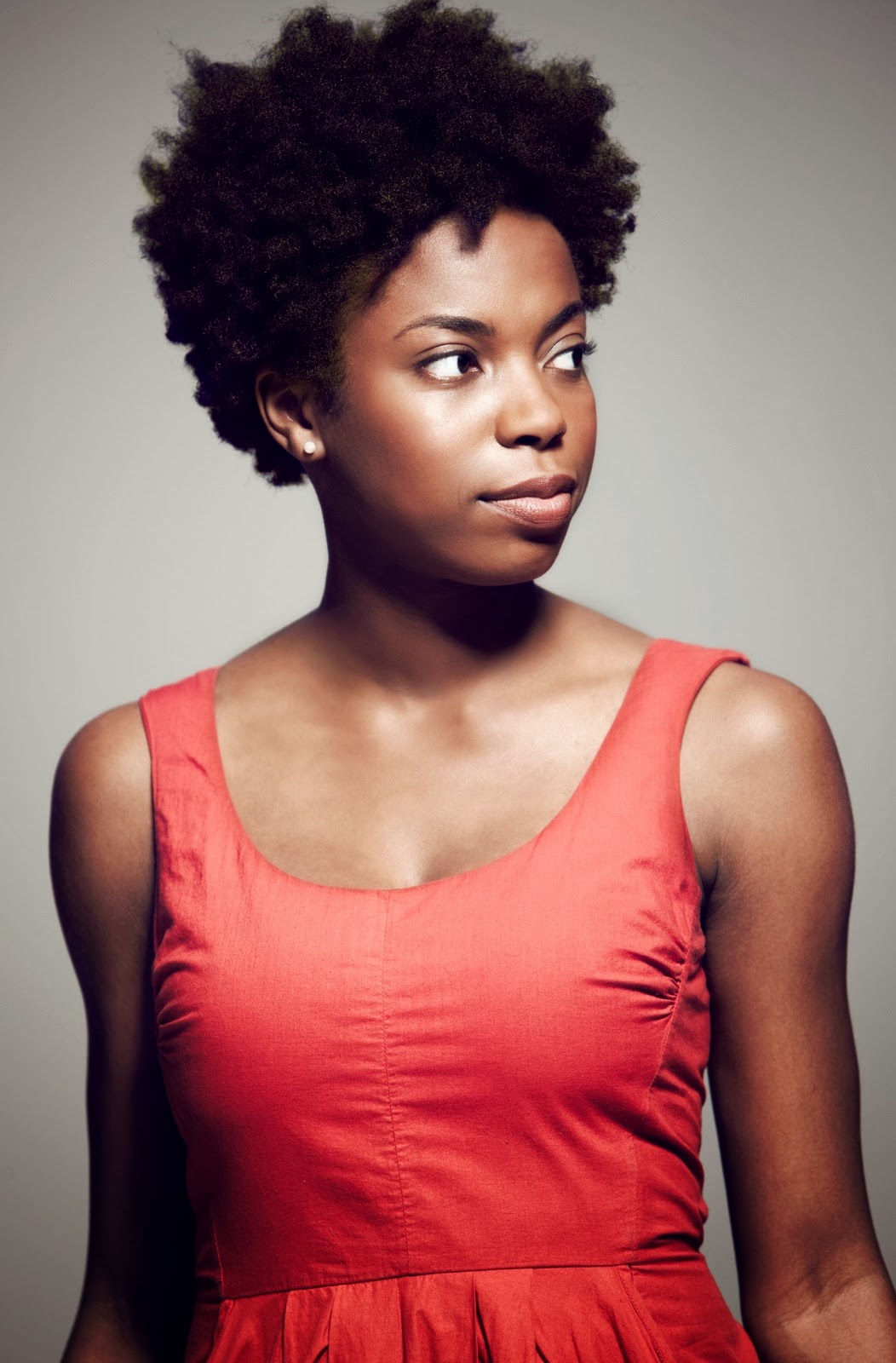 Sasheer Zamata , a University of Virginia graduate with a degree in Drama, will join the "Saturday Night Live" cast on January 18. Zamata , has been honing her comedic skills with the Upright Citizens Brigade in New York. We watched a few of Zamata's videos on YouTube.  While most of the material seemed aimed at urban and racial humor, we think she'll be a good fit. Wow, it seems it took six years for Lorne Michaels to make a quick decision! Related: SNL Adding Black Female Cast Member Looks Like Kerry Washington Couldn't Fix SNL
Post a Comment
Read more

Gaga and Aguilera Duo 'Do What You Want' Studio Version Released 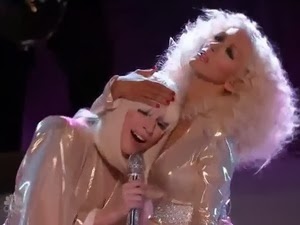 Lady Gaga and Christina Aguilera released, around midnight, a studio version of "Do What You Want" for 2014. We think the studio version will takeoff. Listen below: Lady Gaga & Christina Aguilera Duet 'Do What U Want' Released: Listen http://t.co/NsE0lSSkbn via @billboard — ConversationCircle (@ConversationCir) January 1, 2014
Post a Comment
Read more