We're excited about  Fall Back  and wishing everyone a safe Happy Halloween! But is there a need to Trick or Treat this year? Most of us have been anxiously eating candy and wearing a mask for months! 😷 Jon Stewart is heading back to TV . We're wondering, after five years away from a nightly program, can and will Stewart's show for Apple live up to what are undoubtedly be high expectations.  Yes,  November 3rd  is approaching! The of anxiety, fear and unrest in America has been unbelievable. Let's VOTE and settle down America.  And, no matter what anyone says,  brands have found a way through social media  to maintain income growth and stay relevant. Good for them! In Memoriam    ....Saw the Conversation Circle come back together after a long hiatus. There was little time to exchange  opinions and views . Many of us were caught up in changing careers and dealing with family demands. Then the pandemic arrived, and so did uncertainty. But, now we're back on track!
Post a Comment
Read more

When does the time change ? The first Sunday in November according to the Farmers' Almanac . It also lists a draw back to this extra hour of sleep, or whatever you want to do with it, as commuting home in the dark.  Well for those of us working from home now, this is no longer a dreaded consequence of that extra hour of sleep. We're already home! Happy Halloween! 🍁🎃🕑👻
Post a Comment
Read more

October 28, 2020
MEDIA APPLE TV,  that is. The Daily Show had been one of our must-see shows way back when, but now with Jon Stewart 's return to television, specifically Apple TV+ (We're subscribed!) 2021 is going to be very interesting.💭 Stewart, an Emmy award winning writer- producer, will host a current affairs series for Apple . Stewart is set to produce as well as host the series. We're guessing at least one show will feature Stewart's advocacy work for 911 first responders. As part of the Apple package, Stewart has a first-look deal for other projects. We can't wait.
Post a Comment
Read more

POLITICS  👆And with one week to go - find out what you need to know, in your state for  early voting , and make a plan to VOTE! The 2020 General Election is the most consequential election in decades. No matter who you vote for, plan to vote this year. If nothing else, as Americans , no matter who wins, we are and will be in this together.
Post a Comment
Read more

WHAT'S UP WITH BRANDS AND SOCIAL MEDIA IN THE PANDEMIC AGE 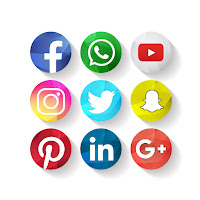 SOCIAL MEDIA Brands seem to be doing just fine... We were curious when we read a few pieces on  social media earnings . It would seem brands have taken advantage of the lockdown and limited travel. Netflix had a great 2020 due to the pandemic, but how about social media earnings? In 2019 social media users passed the 3.5 billion mark and we're sure it's grown in a year. From our POV brands are all over social media and in unexpected ways. While scrolling through Twitter , occasionally we have to check out the bottom of the Tweet to see if it's promoted. Brands are becoming savvy, interactive, interlinking and often posting funny engaging videos. Most of the income growth will most likely be attributed to Instagram and influencer marketing. The most successful brands have strategies that include pop culture, humor, and Twitter accounts worth following. The key to continued brand success on social media appears to be accessibility and staying relevant.
Post a Comment
Read more 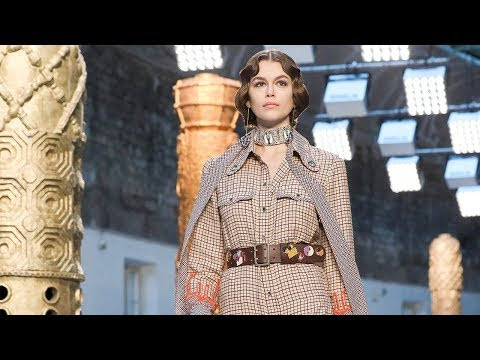 Chloe  struck a cord. The music, the models, the clothes. All seemed so familiar, yet different. In this time of upheaval, it's a bit of comfort.
Post a Comment
Read more

In Memoriam There's an old saying, that famous people "go in threes". That seems to be true. Last week, Aretha Franklin , the legendary " Queen of Soul " and civil rights activist, who was the soundtrack to the lives of so many people for over forty decades, died. Next Senator John McCain , the so-called " Straight Talker " who had been battling brain cancer, passed. Leaving many to acknowledge his duty to country and his graciousness in acknowledging his defeat in the 2008 Presidential election. He will be remembered for his decades-long service to our country. We then learned playwright, and one of our inspirations, Neil Simon died. He will be remembered for his humor, among some many gifts he shared with the world, and plays like " The Odd Couple ", which made for great television, " Barefoot in The Park ", " The Goodbye Girl " and many others. I had the pleasure of attending a lecture he gave (as a favor to my
Post a Comment
Read more

May 20, 2018
Aside from nearly being brought to tears on several occasions, we did manage to maintain a lump in our throats for the better part of the day. The dress was stunning. Her hair was perfectly imperfect and Meghan was naturally regal! A first kiss #RoyalWedding pic.twitter.com/EWJO22iWLh — Kensington Palace (@KensingtonRoyal) May 19, 2018 We all took Harry to our hearts so many years ago, and hope their love will be fruitful and last forever. Best wishes to the Duke and Duchess of Sussex . The Duke and Duchess of Sussex depart Windsor Castle for a reception hosted by The Prince of Wales at Frogmore House, in a silver blue Jaguar E-Type Concept Zero. This vehicle was originally manufactured in 1968, and has since been converted to electric power #RoyalWedding pic.twitter.com/hRrxEUlFlJ — Kensington Palace (@KensingtonRoyal) May 19, 2018
Post a Comment
Read more

Wow. Michelle Wolf's remarks at the White House Correspondents' Dinner , which aired on CSPAN was pretty funny for much of her routine. While there was rarely rip roaring laughter, most of her jokes hit the mark.  Some of the shout outs:  Reince Priebus  (great porn start name),   Jake Tapper ( what his orgasm might look like), Rachel Maddow (well, we didn't agree with Wolf's assessment) and Morning Joe (Mika Brzezinski and Joe Scarborough's engagement - "it's like a #MeeToo working out"). All in all it may not make you cry, but it did make you think.
Post a Comment
Read more
More posts