Tarmon Hall Mulling Over Next Move 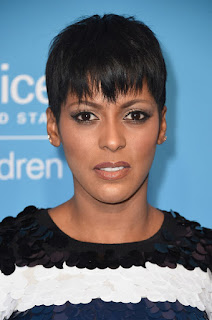 In a People magazine exclusive, Tamron Hall opened up about walking away from Today. As many suspected, in effect, Hall's hand was forced. Hall would have to surrender the 9:00 a.m. timeslot to Megan Kelly, something she reportedly felt was effectively a demotion, or leave the NBC.

Apparently with the ability to position Kelly's new show with a Today lead-in and a third hour the network programs for affiliates, NBC brass could ensure the show would have all the keys for success. The only unknowable is, how many viewers will move with Kelly and how many existing viewers will stick around for a former Fox News host.

Reportedly Hall is being wooed by CNN President Jeff Zucker. Which TCC thinks would be a great move. Some industry insiders are urging Hall to join "Live with Kelly", however social media is full of remarks suggesting Hall learn from Michael Strahan's experience. Strahan has never spoken publicly about Kelly Ripa being difficult to work with, but TCC doesn't see Live as a strong vehicle for Hall's continued success. Hall has the time to focus on herself and plan her next move.