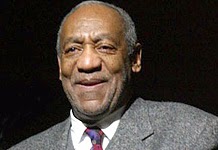 It looks like NBC and Sony TV closed a deal to bring one of America's favorite TV dads, Bill Cosby, back to primetime television.  We're amazed Cosby has managed to remain relevant and part of the conversation for nearly 50 years. Although Cosby has been criticized for comments he has made over the years, he proves you can be funny and keep it clean.