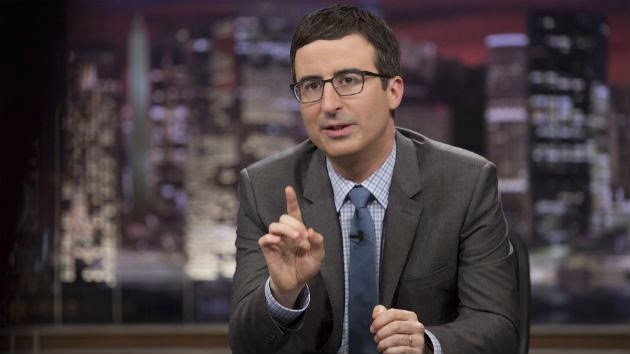 It seems HBO's "Last Week Tonight with John Oliver" mirrors "The Daily Show" in a good way! Apparently the producers at HBO felt The Daily Show's format best fit Oliver's skills and timing. So why mess with a formula if it's working and right now from the early numbers, (Sunday's premiere delivered 1.1 million viewers) Oliver has a winning formula.