Will Amazon's Video-Streaming Device Be An Apple TV Competitor? 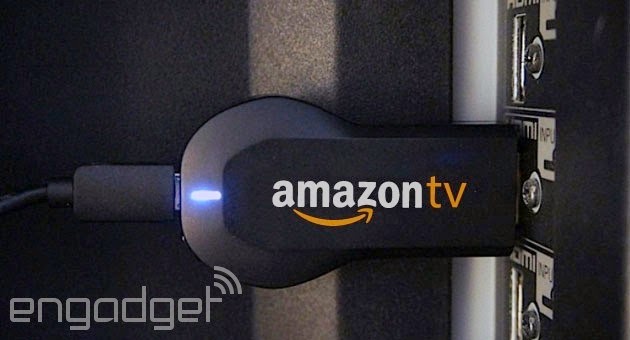 The new Amazon device, said to come with apps from companies for streaming music, movies and will have access to Amazon's On Demand store, may hit retail locations as early as April. The  device, will of course, be available online at the company's website. Retail stores rumored to sell the device when it's released are Best Buy and Staples. The device is said to have apps available on Roku and Apple set-top boxes and run on a version of Google Android software. The real question is, will Amazon's device compete with Apple TV.
Amazon Apple TV