Lupita Nyong'o Among The Winners At The 2014 Independent Spirit Awards 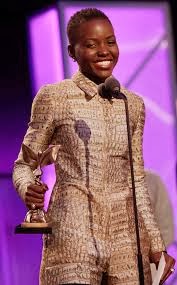 Lupita Nyong'o, Academy Award nominee for Best Actress in a Supporting Role in the film "12 Years A Slave," hasn't put a foot wrong during the awards season. We're so impressed with her as a person!