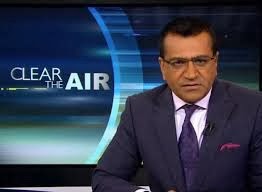 It seems another host bites the dust at MSNBC. Martin Basher, a British journalist and political commentator, who hosted "Martin Bashir" on MSNBC, released a statement  yesterday regarding his resignation. Bashir's resignation comes after he made "ill-judged comments" about Sarah Palin. Bashir was also suspended from ABC for comments he made about Asian-American journalists. It seems Phil Griffin, who is president of MSNBC, hires commentators and personalities with a history of making ill-advised comments, then fires them when they do just that! We know Bashir's public statement says he resigned, however Alec Baldwin departed MSNBC under what was called a "mutual agreement, " then Baldwin later made comments that seemed to indicate he was fired. Soon MSNBC viewers may think rather than leaning forward, it is time to lean back.