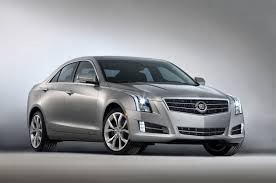 Last week a member's teen, hoping to get his own car, told his mother about a "girl at school" who just got a Cadillac. His mother thought how is that possible. Her father owned many Cadillacs, and from what we've seen in our neighborhoods, not to many non boomers drive Cadillacs!  So the mere fact that a senior in high school wanted to drive a Cadillac was shocking to us.  However, we've learned Cadillac has been developing their new cars (seems the ATS Compact is popular with younger people) to attract a broader segment of the population, and apparently it's working. Cadillac is obviously doing something right if they can break into the "my first car" teen market. Wow, we're impressed. It's not our father's Cadillac anymore!
Cadillac teens