Big Bang for 'The Crazy Ones' 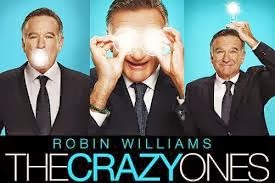