February 09, 2013
In an effort to get a glimpse of the fashions being shown during Fashion Week Fall 2013, one of the CC members noticed a gallery of Project Runway, which airs on Lifetime Television, photos shot for their Fashion Week show and clicked on it. As our member kept clicking she realized she was seeing what she didn't want to see, who the three finalists were! Or, at least it appeared to be the final three. Photos later in the gallery did have the other contestants from the show walking down the runway, but our guess would be the photo with the initial three tells the real story. 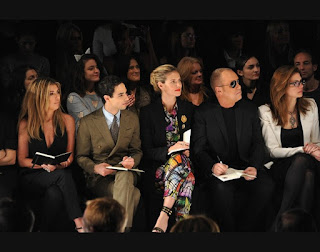 Oh, well, most of us thought, at least it appears that one designer Patricia Michaels, who brings something fresh each week, seems to be a finalist.  We were disappointed when she wasn't chosen for the Heidi challenge! The upside to this inadvertent snooping, we still don't know who won!
Lifetime Patricia Michaels Project Runway