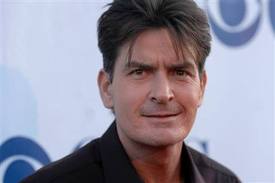 Radar Online is reporting that CBS wants Charlie Sheen back on Two and a Half Men. If true, we're not surprised. CBS President and CEO, Les Moonves, is reportedly looking for a way to calm the storm that is raging between Sheen and executive producer, Chuck Lorre.
Our own informal research, mostly teens and young adults, indicated Charlie Sheen is the show and doubted they would continue to watch Two and a Half Men without him. Sometimes it is best to swallow your pride no matter who is at fault.  It’s called Show Business for a reason!