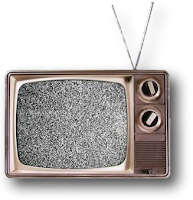 Sweeps are almost over and the "winners and losers" in the ratings war are in for midseason. Among the winners, as expected ABC's TGIT (Thank Got It's Thursday) is the biggest winner with Shonda Rhimes ruling with her block of shows, which have been renewed for next season. Reality shows on NBC and ABC, and shows following "Big Bang Theory" rated well too. Some of the losers are NBC midseason shows, and Fox's "Bones". For a complete rundown in Media Life Magazine click here.