The Storm Blew Over 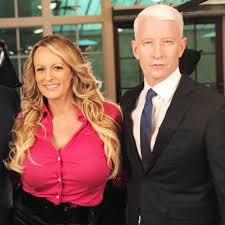 Well, we're happy somebody made out (no pun intended), because we felt robbed in the department of delivery. Some in the media are saying the run up to the interview was over-hyped, (namely by Daniels' attorney Michael Avenatti) and that the resulting edited broadcast under delivered.

However, media outlets are claiming Daniels did offer new details. We were left underwhelmed, but convinced of her veracity. As of today Michael Avenatti teased "there's more to come".  The White House for its part says, Trump continues to deny the alleged affair. That's weird because we thought Trump joined a lawsuit to move Daniels' case to federal court.