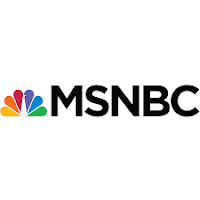 MSNBC is continuing to benefit from the chaotic and near daily breaking news surrounding the current administration and political environment. The Comey testimony, and the June 13th airing of Jeff Sessions' testimony, helped propel MSNBC and Fox into the "two most watched" basic cable networks. However, Fox finished in first place for total day.

MSNBC's rise in the ratings has also allowed the network to "increase ad rates by some 43% year over year". Fueling this increase is the network's primetime block programming, with Rachel Maddow bringing in the biggest numbers, that thrives on political analysis.