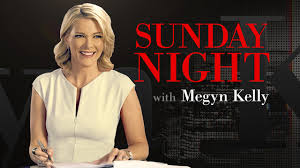 It's hard to imagine Megyn Kelly and NBC News producers did not expect the near firestorm they would receive when word of InfoWars' Alex Jones' interview with Megyn Kelly, on "Sunday Night with Megyn Kelly", become known.  Rather than defending her decision to interview Jones as "shining a light" on him, Kelly appears to be quickly backpedaling from the glaring light that has been focused on her decision and NBC News.