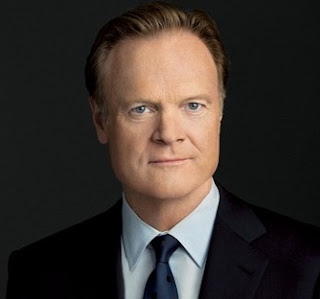 The saga of Lawrence O'Donnell leaving, at least in the press, MSNBC began several weeks ago. The stories were centered around MSNBC's Andy Lack removing "The Last Word with Lawrence O'Donnell" from what has become a successful primetime (O'Donnell's show veers into the tail end of primetime) lineup.

There didn't seem to be a programming reason for potentially chopping the show, but a few sites were indicating it was the lack of contract negotiations. Last week CNN’s Brian Stelter wrote a piece for CNN Money indicating O'Donnell "confirms he may be leaving MSNBC". Stelter cited no deal was in the works based on a tweet from O'Donnell. This week, it seems, MSNBC is engaging in serious talks with O’Donnell’s agency after intense fan pressure. (In support of O’Donnell his fans have planned a march at NBC headquarters in New York on May 25th.)

TCC was wondering what would MSNBC program in The Last Word’s timeslot? There are rumors in the press that NBC’s parent company would like to see its, now top rated, cable station become more centered to appease republican lawmakers (who may be taking on net neutrality in congress).  In addition to adding Greta Van Susteren and Nicolle Wallace, new programming at MSNBC may include conservative pundits Hugh Hewitt and George Will. Will O'Donnell remain at MSNBC? Stay tuned.