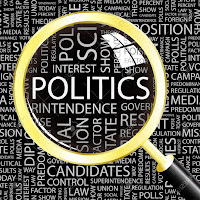 The political climate in 2017 has been turned up so high it's been difficult for TCC to focus on general interests. Resisting the urge to get the popcorn, as the reality version of “House of Cards” or as some thought "The Twilight Zone", played out in the form of briefings, hearing, intrigue, ongoing-dramas and tweets, was a losing battle. The sense of whiplash that left you mentally drained and exhausted was overwhelming.

So, TCC decided to take an extended hiatus, as getting mired in politics was never our goal. With the generally accepted notion, the world is not coming to an end, and democracy will reign supreme, it’s time to get back to what makes us happy!
House of Cards politics The Twilight Zone