Tamron Hall Out At NBC and MSNBC 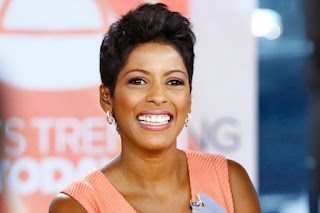 It appears Tamron Hall is not only out at NBC News, Hall is also out at MSNBC. It appears Hall's contract negotiations did not go well, or perhaps Hall was ready to leave the network after 10 years.

In responding to her departure from NBC Hall indicated "It was beyond anything I could have imagined".
TCC also hopes that the decision to leave NBC was Hall's and not network brass seeing higher rating with Megan Kelly. Looks like the pressure will be on Kelly to bring in the numbers the network will need to quell any "finger pointing" and "blaming" should Kelly's show fail.
Megyn Kelly MSNBC NBC News Tamron Hall