Spike Rebranded to The Paramount Network 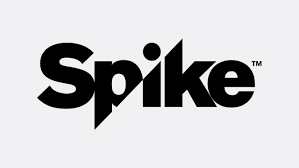 Spike, which in name alone seemed to be more appealing to a male demographic, (hence, no reason not to flip by the channel), will be rebranded as The Paramount Network. The integration with Paramount should lead to a more general type of entertainment and widen the networks' audience. The move to rebrand is unlike NBCUniversal who shut down Esquire Network, due to carriage renewals, and converted the cable network to a digital only service. Apparently the tagline "The Ones To Watch" did not help Spike gain viewers. The move to rebrand Spike comes as Viacom CEO Bob Bakish implements a company-wide strategy that will focus on six of the company's "flagship brands".
Bob Bakish Esquire Network NBCUniversal Spike The Paramount Network Viacom