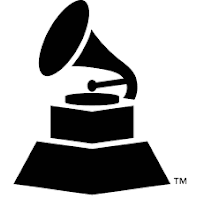 The 59th Annual Grammy Awards was hosted by James Corden, the English actor, writer producer and singer who hosts "The late Late Show with James Corden"on CBS, was a natural choice famous for his Carpool Karaoke segments. So how was Corden's kickoff? Adele opened the Grammys with "Hello", again fitting, since Adle and Corden had a rather famous carpool karaoke session, then, well, it was a bit of a planned disaster that Corden wrapped his way out of. Check out Variety's video: