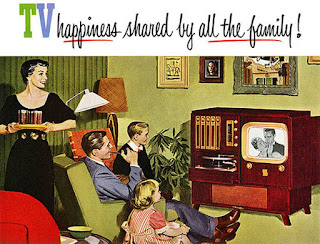 A few of us almost exclusively watch television via AppleTV. For the few, but growing, Apps that are available for news and entertainment, advertising is not consistent.

Long periods of "Stay tuned... Your content will return..." or "Stay tuned... The live stream will return shortly", (and shortly seems like forever), is a little boring and obviously lost revenue opportunities. For the apps that have ads in place, some media outlets are running the same ads over and over!

So we found Variety's article about ratings giant, Nielsen, intriguing. It seems in the changing landscape of ways viewers consume television, and how to best measure that viewership, is giving Nielsen a bit of trouble. The effort to count video-steaming and mobile consumption is getting blowback from some television companies concerned about the Nielsen's methodology.

However at this point, we're more concerned with making sure all media is available for streaming. It seems media companies are slow to see the convenience streaming and mobile viewing has provided, as they are slow to create apps particularly for AppleTV, and capitalize on the new source ad revenue. Oddly, we seem to pay more attention to the advertising that appears in the live-streaming. With time, we're sure, the novelty will wear off!