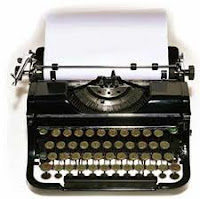 With most of the media circling Donald Trump, his new administration and Inauguration (crowd size), TCC tried to sidetrack the political frenzy. We hate getting on a political bandwagon here. Sometimes it can't be helped!

But the FLOTUS' Last Look and Ours is still making us smile and giving us "good vibrations". TCC will miss Michelle Obama and the grace she brought to being First Lady. We wish Mrs. Obama, the girls, and POTUS44 well!

NBC's SNL Tribute to President Obama Echoed Millennials' Feelings and ours too. "To Sir with Love", and those thought provoking lyrics "...But how do you thank someone, who has taken you from crayons to perfume?..." For those who have children who went from elementary school to college on President Obama's watch, the tribute put a lump in your throat.

This year we noticed the 2017 Oscar Nominations Are A Full Spectrum with a record number of African Americans nominated, and Viola Davis being the first African American to receive 3 nominations. Excited!

The list of actors who passed away recently seemed to go on for days at a time. The beloved Mary Tyler Moore passed away. It was like hearing that an old relative, not seen in years, but fondly remembered, had died. It stung, but soon you were filled with all those good memories.