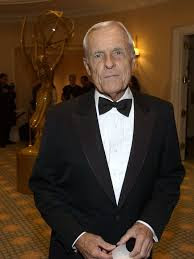 The legendary and revered television producer and executive, Grant Tinker, died today. For those of us who watched the shows Grant Tinker produced and later worked in television, with writers who had the honor of learning from him, Tinker's programming genius was often talked about. Grant Tinker was also married to Mary Tyler Moore and produced her groundbreaking show The Mary Tyler Moore Show.