Will Alex Wager and Jose Diaz-Balart be Dropped at MSNBC Too? 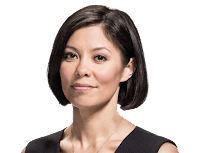 While Melissa Harris-Perry's exit from MSNBC has not been quiet. (As some suspected there was more to the story behind the Harris-Perry exit. According to Jezebel.Com MSNBC cut ties with Harris-Perry over Beyonce's "Formation" video. It seems executives at MSNBC encouraged "M.H.P" to "focus" on election coverage.)

This is in stark contrast to the move to drop Alex Wagner, who is Burmese, which has been a rather low-key affair. Jose Diaz-Balart was rumored to be dropped several months ago, until Latino groups complained and MSNBC seemed to back away from that decision.  However Diaz-Balart is, once again, rumored to be dropped. (Diaz-Balart has also had a "diminished" role in recent weeks.) 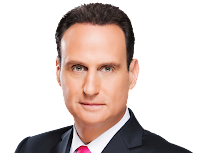 Now concerns are circulating in social media that diversity, sparking the hashtag #MSNBCSoWhite, is a problem at the network. Conversely, Joy Ried, who is black and hosted the "Reid Report" on MSNBC for just over a year, has faired the best. Reid, whose short-lived hour-long show focused on U.S. and world political commentary, is a natural to play a larger role in MSNBC's election coverage. (She's also one of the smartest commentators at MNSBC.)


The network denies any appearance of racism at the network, citing "MSNBC has been a leader when it comes to diversity." While the network has been in the process of rebranding itself to "The Place for Politics" (with wall-to-wall election coverage) it is also moving away from opinion and talk formats to breaking and hard news. Phil Griffin told the Post " We're rebuilding, but our principals are unwavering." Let's hope.
Alex Wagner Diversity Jose Diaz-Balart Joy Reid Melissa Harris-Perry MSNBC Phil Griffin