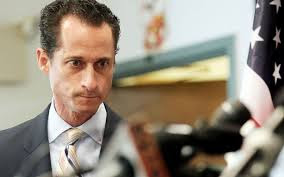 "Weiner", the documentary about former Congressman Anthony Weiner, has been acquired by IFC Films and Showtime. The film centers around the two sexually explicit scandals that forced Weiner out of a once promising political career. The documentary (which is creating a lot of buzz) reportedly received unprecedented access to the Weiner family. The film will premiere at Sundance on January 24th.