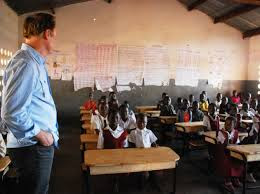 Viewers of "The Last Word with Lawrence O'Donnell" showed their support for O'Donnell's K.I.N.D (Kids In Need of Desks) Fund, which was sparked by a trip to Africa, with a record setting $10 million in donations.