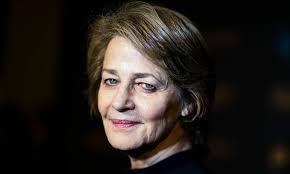 Yesterday we posted the Academy Moves to Address Diversity before 2016 Oscars, and included remarks Charlotte Rampling made regarding  the "conversation surrounding the lack of diversity..." was somehow "racist against whites".

Rampling, in a statement issued to CBS' "Sunday Morning" regrets that her  comments were "misinterpreted" and seeks to clarify her previous remarks. Rampling's comments caused a stir in the media and among fellow entertainment industry peers. It is no doubt her remarks have left her reeling. If we didn't know who Rampling was before, we do now.
2016 Academy Awards 2016 Oscar boycott CBS Sunday Morning Charlotte Rampling