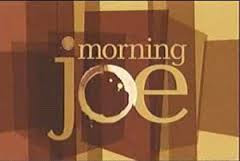 MSNBC has named Kevin Magee, former EVP at Fox Business, executive in charge of "Morning Joe". Magee's "knowledge of news gathering and morning television" were sited as reasons for his addition to the team. Magee's appointment may assist MSNBC as it seeks to expand Morning Joe from three to four hours. This move to expand the morning talk show may last as long as the 2016 Presidential Election, as Fox and CNN will undoubtedly offer stiff competition in the run up to the election. The question is who will the audience be (MSNBC has been stuck in third place, behind Fox and CNN, and is the only cable network that is down from last year) for this expanded version. Magee's new position will begin immediately.