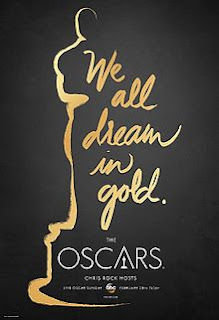 Publicly boycotting The Oscars for many black (and non black) performers may be a tricky business. While many of those performers see the need for a boycott, (Will Smith has confirmed he will be a no-show at the Oscars' telecast and non black performers have voiced their criticism over the lack of diversity in the nominees.) however most can ill-afford to alienate industry executives who routinely discuss talent and green-light films. In a business where relationships matter, perhaps more than talent, offending those in a position to grant work could lead to a dry spell or worse within the industry. Whenever black performers complain about the lack opportunities, some industry executives use the word "ungrateful" as they point to the doors that have been opened for a few to pass through as an example.

We think it is perhaps more effective if black performers, who have achieved clout in the industry (and this list is short), and non black performers accept the burden of boycotting for their fellow performers who cannot afford to publicly boycott and risk future employment opportunities, when many may not have worked in years, and could potentially face financial disaster. Hollywood's powerful executives, agents, producers and directors have long memories. They may smile now in agreement with the cause, but at the end of the day it's called "the entertainment business" and anything that disrupts business, whether it is a noble cause or not, will not be rewarded, especially if a performer has no clout.  Ironically Chris Rock will host the 88th Academy Awards so the ceremony should be interesting to say the least. The Oscars 2016 will air February 28th on ABC. For the complete list of Oscar Nominations click here.