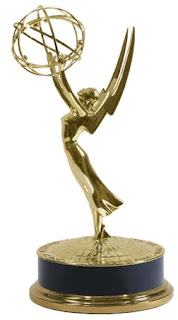 There seemed to be a lot to talk about this year at the 67th Primetime Emmy Awards. There were, of course, moments that stood out for us, namely the hosting, which was filled by Andy Samberg and seemed little lackluster. However, that could be just us!

Jon Hamm won an Emmy, for Outstanding Actor, finally and it was about time! Tracy Morgan, (who surprised Tina Fey) made an appearance and managed to be touching and funny at the same time.

Viola Davis used her acceptance speech, as the first black woman to receive the Outstanding Lead Actress Emmy, to shine a light on the lack of "diversity" in Hollywood. Davis was roundly praised by some and "attacked" (it's so hard to judge when you haven't walked in someone else's shoes) by others. If nothing else Davis' speech and the controversy created a firestorm on some social media sites.

Oddly, the 2015 Primetime Emmy Awards had the most black actresses, which included Regina King's win for Outstanding Supporting Actress in a Limited Series or Movie, in more than two decades. Davis' speech may not change the speed of diversity in Hollywood, but it is getting attention. We hope.