Would Brian Williams Be The MSNBC Fixer? 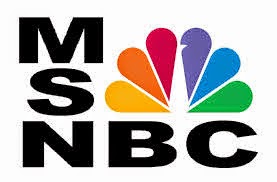 We read Mark Joyella's funny piece (great dialogue) in TVNewser that makes fun of the fact that perhaps Andy Lack may not have a grip on MSNBC's programming. While the notion that Brian Williams might consider a move to MSNBC, rather than starting fresh, it makes sense for Lack to reimagine MSNBC. We think the fix, whatever that is, for MSNBC should begin in the morning.
Can Change Come To MSNBC Too Late?
Inserting Williams into a primetime slot will probably do little for MSNBC (after viewers get over the novelty of the demotion and subsequent humiliation) and even less for Williams. After all, isn't the cliche "you fail up and not down!"
Op-Ed: Brian Williams’ Redemption? Fixing MSNBC | TVNewser