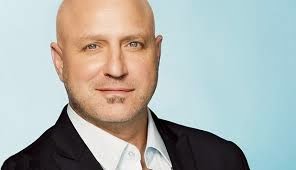 Tom Colicchio, chef and restauranteur, who is probably best known (at least for us) for his judging on "Top Chef" will be joining MSNBC as a food correspondent. Adding Colicchio to MSNBC is seen as a move to broaden the types of stories the cable network will air going forward. (Apparently MSNBC has more changes on the way.) Colicchio will produce programs, as well as a series called "Everyone Eats", for Morning Joe the other dayparts. Much as CNN has attempted to rebrand itself (with some success), MSNBC appears to be doing the same, perhaps prompted by a ratings drop that has persisted since last year.