NBC's Brian Williams, Under Fire, Takes A Few Days Off 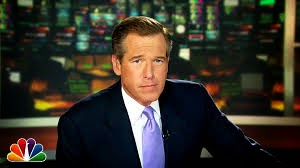 Brian Williams, NBC's "Nightly News" anchor since 2004, has recently been under fire for making "false claims" regarding his time in and reporting on Iraq in 2003.

While the allegations of "false claims" by Williams were circulated for years, Williams only recently publicly apologized for "misremembering" events that took place during a ride he took in a Chinook helicopter while reporting in Iraq.

As NBC News announced an investigation into the "false claims" made by the anchor, Williams has decided to take several days off, stating he was "too much a part of the news." Lester Holt, anchor of Dateline, co-anchor of NBC's weekend edition of "Today" and NBC Nightly News, will step in for Williams.  NBC News has continued to support Williams while he has been under scrutiny.
Brian Williams Lester Holt NBC News NBC Nightly News