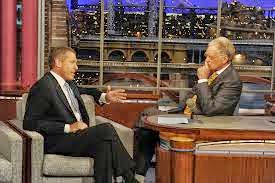 In addition to taking a break from NBC's "Nightly News", Brian Williams, has canceled an appearance on the "Late Show with David Letterman". Ironically, it was on the Late Show that Williams recounted one of his stories (he now acknowledges was "misremembered") of being in a Chinook that was hit by an RGB.

Williams' absence from the anchor chair, now being referred to as a "hiatus" by some in the media, may be longer than originally planned. On Sunday's broadcast Lester Holt, who will he anchoring the Nightly News while Williams is away, asked viewers to ..."join us back here again tomorrow".