New Look For 'Meet The Press' 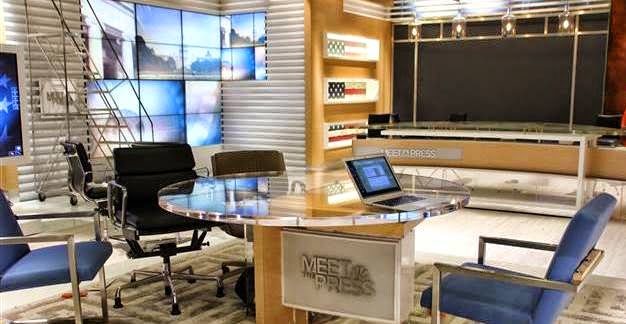 With Chuck Todd at the helm "Meet The Press" gets a new look. After a week hiatus MTP viewers were treated to a new set. In addition to a new desk for panel discussions and one-on-one interviews, a perceptive pixel screen has been installed for (Todd's forte) polling and number crunching just in time for the November mid-terms.
Let's hope MTP's new set will help on the rating front. After winning first place on September 8th, Todd's inaugural show, for Sunday morning policy shows, due in part to an interview with President Obama, MTP has returned to third place according to Nielsen ratings. It seems wooing viewers back, who have long since developed new viewing habits, may prove difficult. Perhaps NBC News should have acted sooner. Although, it seems Todd is trying hard to save MTP.
Meet the Press NBC News