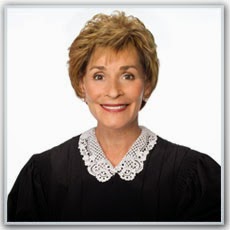 Our favorite no nonsense judge is coming to primetime. On May 20 CBS will air a one-hour special on Judge Judy's (Judith Sheindlin) career. The special "Judge Judy Primetime" will look at the popular jurist's career path from New York Family Court to presiding over daytime television's No.1 program. The special precedes a syndicated program Sheindlin created, "Hot Bench", scheduled to debut in the fall and will air in 75% of the country.
CBS daytime tv Judge Judy primetime tv