SPOILER ALERT: Stop reading if you plan to WATCH Game of Thrones.

HBO's "Game of Thrones" drew 6.3 million live viewers last night, that's up 48% over last year's second episode, to watch what can only be called a shocker, the cruel and hated King Joffrey was killed off. We were so shocked, we had to actually watch it twice. It was probably the most satisfying death we've ever seen. We only wish it lasted longer. (Are you wondering who poisoned Joffrey? Or, do you have a good guess? Our guess, Shae did it!) The mystery of who killed King Joffrey will probably last the entire season and we're okay with that!
Related:'Game of Thrones' Season 4 Is King
'Game Of Thrones' Back For Season 4 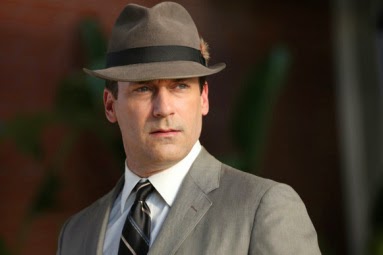 AMC's "Mad Men" on the on the other hand was down for its seventh and final season opener. The season premiere averaged 2.3 million viewers, which was well below last year's season opener of 3.37 million and the June finale (2.69 million). It was the lowest premiere since 2008. Although it is noted, Mad Men is the "most upscale-skewing show in ad supported television in adults 18-49 according to Nielsens". However,  oddly, the numbers reflect how most of us felt as we watched the show last night, detached.  Perhaps we no longer have a stake in the show (why invest in characters you'll never see again), and so our interest is naturally diminished. In last night's premiere Don Draper seemed aloof and disoriented (was this transferred to viewers) we couldn't get comfortable last night. We're sure there was some deep thinking going on in Don's head, but the episode was less than gripping (we never took to the new Mrs. Draper, so we're disinterested whenever she appears). We're hoping as the season progresses and draws to a close we'll, once again, long for its return knowing it won't. Anyway, we're ready for Mad Men the movie!