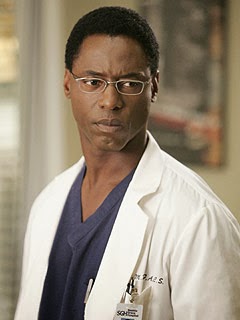 ABC announced Isaiah Washington, who had a pivotal role on "Grey's Anatomy" some 7 years ago, will return to the show for a guest appearance. As you may recall, Washington was fired from the show after making an anti-gay slur that was directed at a fellow cast member.  On Huffington Post Live Washington discusses how he's been devastated financially. When Washington was a regular cast member we were consumed with Washington and Sandra Oh's characters and relationship.  Too bad Oh is leaving. Hopefully Washington's return will provide the closure that we, Dr. Burke and Dr. Yang need. The episode does not have an air date yet. We'll be tuned in. In the end, let's hope enlightenment, lessons learned and forgiveness rule the day.
ABC Grey's Anatomy Isaiah Washington Sandra Oh