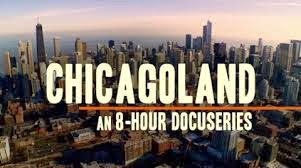 It seems like it was just yesterday we were discussing CNN Chief Jeff Zucker Experimenting With CNN's 10 PM Hour.  Looks like the heavily promoted "Chicagoland" debut, an 8 part series, came in third behind Fox and MSNBC. Perhaps future episode will pull more viewers. See Deadline.Com's post below.