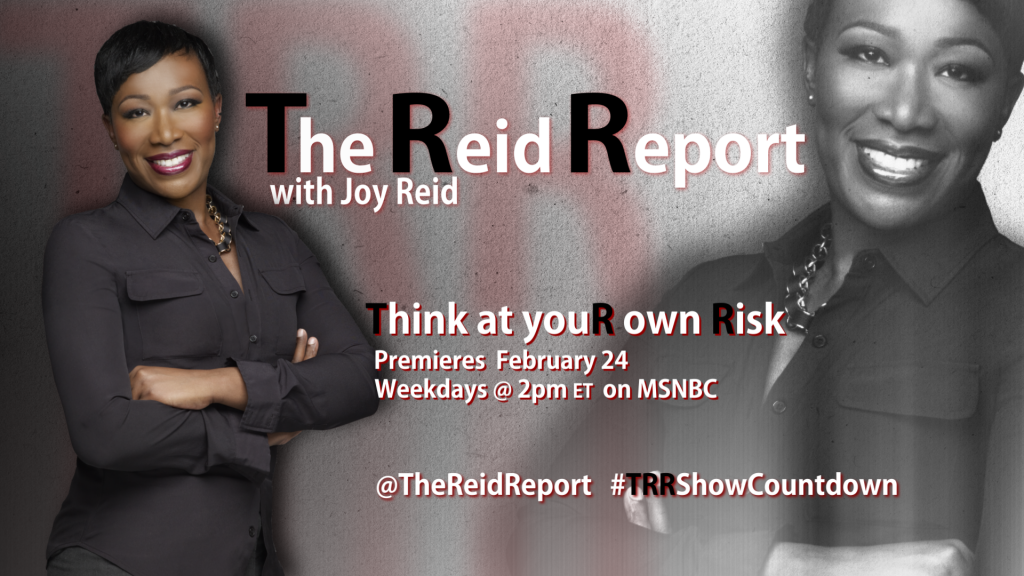 Joy Reid, a journalist and contributor at MSNBC, will premiere her own show "The Reid Report" today February 24 at 2PM on MSNBC.  The Conversation Circle members have been buzzing about Reid for over a year. It was obvious Reid, who is replete with facts and skilled at making cohesive arguments in less than one minute, (an absolute necessity when she contributes on "Hardball with Chris Matthews") could anchor her own show.  Reid's new show is part of MSNBC's brand new daytime lineup which includes Ronan Farrow's "Ronan Farrow Daily." Phil Griffin's morning news block shake up may completely shut CNN out of the rating race.
Joy Reid MSNBC Phil Griffin