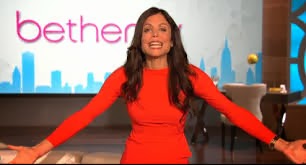 We're not surprised Bethenny Frankel's talk show, "Bethenny" was cancelled after one season. Apparently, Frankel's show was suffering from "soft" ratings and the final nail in the coffin was, the show could not get affiliate clearings. We followed Frankel from "Real Housewives of New York" to "Bethenny Getting Married?" to "Bethenny Ever After" (where our perception of Frankel began to change). Suddenly Frankel's "tell it like it is" persona began to grate on us.  Perhaps viewers felt the same way.
Related: 'Bethenny' Debuting Today Is All Bethenny
Bethenny Bethenny Frankel