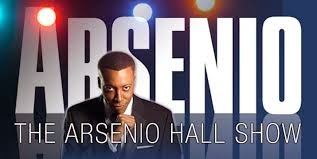 The Arsenio Hall Show, a late-night talkie, will be returning for a second season. The show airs on 17 stations which include the 3 largest markets, New York, Los Angeles and Chicago.  The renewal might surprise some, especially after Hall was left out of a "late-night" hosts montage, but Hall pulls in 6.7 million viewers a week and has a built-in fan base whose median age is 50.1 As some may recall, Hall's previous talk show ran from 1989 to 1994.
Arsenio Hall Show