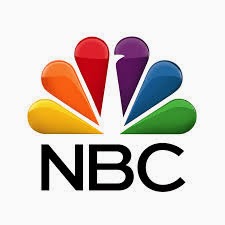 Yesterday we read a piece on Deadline.Com's website that got the Conversation Circle talking. (See Tweet below.) We're trying not to make this a rant, but the Conversation Circle has been down on the NBC/MSNBC brand for a while.  We'll start with the Today show and the Ann Curry debacle. It was a total turnoff we haven't recovered from. We were insulted that the Today show producers would have its viewers believe Matt Lauer had nothing to do with Curry being "let go." Maybe Lauer didn't, but as we all know perception is everything. Now we have this CRAZY new tagline line "Rise to Shine". What does that mean? We know the saying, "Rise and Shine" but what does "Rise to Shine" mean? Perhaps it's a new updated version of the old saying that we don't know about. Weird.  Anyway, onto Meet the Press, we've been gunning for MTP for several years now. We thought it was just us, but it's nice to see our perceptions were justified by numbers. Can't spin that! At this point, we don't think replacing David Gregory (we never thought he was a good fit) will help. We imagine viewers have developed new habits (we have) for their Sunday morning beltway fix. As for Rachel Maddow dictating the editorial direction at MSNBC, if that is true, can she please fix Morning Joe!

Related: Face-Lift For 'Today' Show, But The Elephant is Still In The Room