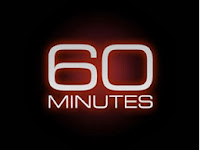 At the end of Sunday's broadcast, 60 Minutes correspondent, Lara Logan again "apologized." Our question is, is it enough? As we previously noted Dan Rather, former CBS News anchor, and a producer were fired after a report on George W. Bush's National Guard service in 2004 was called into question. Should the public now draw the conclusion that Rather's firing was a knee-jerk reaction, or have journalistic standards changed that much?