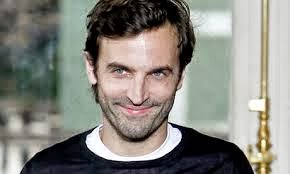 There had been an old saying in Hollywood in which people who were let go from prominent positions were offered equally prominent positions at another company. It was called "failing up!" It seems that goes for the fashion industry too, as Ghesquière, who was fired from Balenciaga takes over for the omnipresent Marc Jacobs, as creative director at Louis Vuitton. Non followers of the fashion industry may not have known Marc Jacobs' connection to Louis Vuitton (which we think has come a long way under his leadership). However in most retail stores, high and low, the Marc Jacobs brand is difficult to escape.