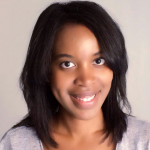 Ed Helms', star of "The Office," is producing a new comedy project for NBC that's written by Aisha Muharrar. Universal TV, where Helms has a first-look deal, is producing. Most television viewers probably don't know who Muharrar is, but we think she may be the Shonda Rhimes of comedy one day. Muharrar's project centers on a gifted teen that wants to be the next Oprah, but lacks the skills and experience, so she uses her family and friends as case studies. (Sounds like fun if the show can nail down the essence of what made Oprah, Oprah!)  Muharrar is currently a producer on "Parks and Recreation." She was also a staff writer for Sit Down, Shut Up, an animated comedy.