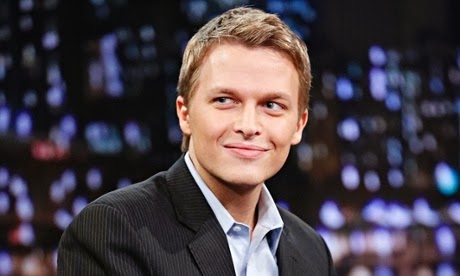 What's wrong with Ronan Farrow Daily? We've been asking this questions for a few weeks now. We didn't hit on the "translation" part, but we did question Farrow's persona projection and MSNBC's responsibility to brand and promote Farrow's show.  However, Variety's Andrew Wallenstein seems to point to formatting as the main issue and failures at MSNBC. We agree with him, it's not too late to fix Ronan Farrow Daily.